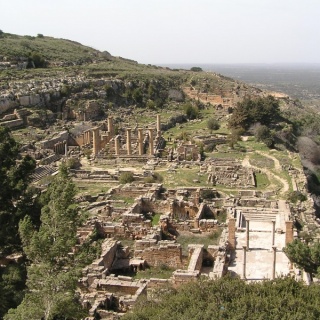 A colony of the Greeks of Thera, Cyrene was one of the principal cities in the Hellenic world. It was Romanized and remained a great capital until the earthquake of 365. A thousand years of history is written into its ruins, which have been famous since the 18th century.