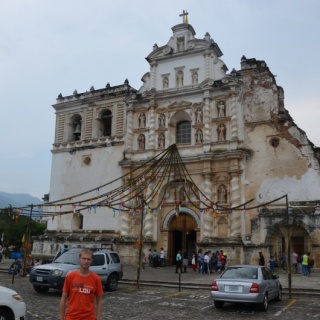 Antigua, the capital of the Captaincy-General of Guatemala, was founded in the early 16th century. Built 1,500 m above sea-level, in an earthquake-prone region, it was largely destroyed by an earthquake in 1773 but its principal monuments are still preserved as ruins. In the space of under three centuries the city, which was built on a grid pattern inspired by the Italian Renaissance, acquired a number of superb monuments.