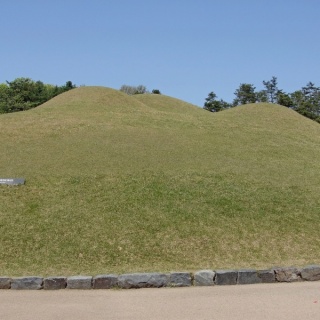 Located in the mountainous mid-western region of the Republic of Korea, this property comprises eight archaeological sites dating from 475 to 660 CE, including the Gongsanseong fortress and royal tombs at Songsan-ri related to the capital, Ungjin (present day Gongju), the Busosanseong Fortress and Gwanbuk-ri administrative buildings, the Jeongnimsa Temple, the royal tombs in Neungsan-ri and the Naseong city wall related to the capital, Sabi (now Buyeo), the royal palace at Wanggung-ri and the Mireuksa Temple in Iksan related to the secondary Sabi capital. Together, these sites represent the later period of the Baekje Kingdom – one of the three earliest kingdoms on the Korean peninsula (18 BCE to 660 CE) - during which time they were at the crossroads of considerable technological, religious (Buddhist), cultural and artistic exchanges between the ancient East Asian kingdoms in Korea, China and Japan.